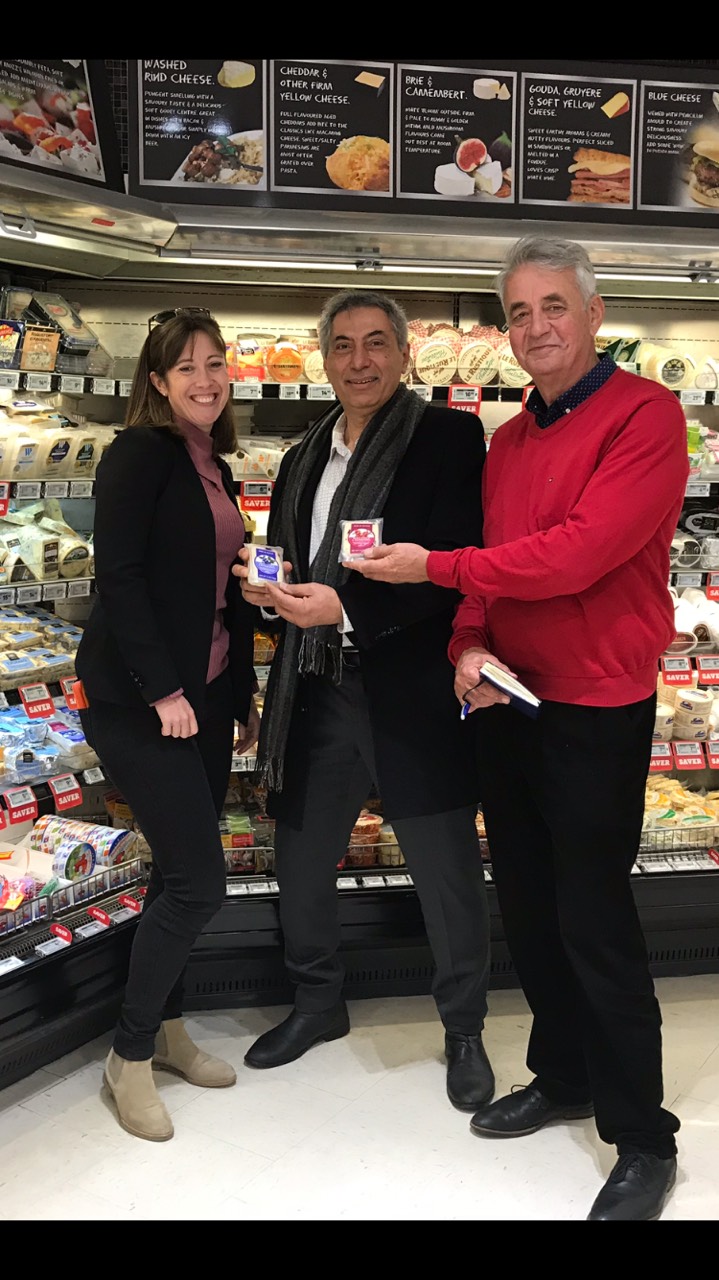 Adel Yousef of Food International (centre) with Stephen and Diana Jones of Somerdale with a display of their company’s cheeses at Victoria Park New World in Auckland.

Cheese aficionados know and appreciate the distinctive sharp flavour of creamy British cheddar and enjoy so many of the other traditional cheeses produced in the UK. Discussions have been going on for years between Food International and Somerdale – the leading exporter of British specialty cheese.

The first shipment of their British cheese from Somerdale was received by Food International about a year ago. Their CEO, Stephen Jones and his daughter, Diana (who is based in Sydney managing their Australian operation) made a flying visit to Auckland recently to discuss further co-operation.

As a result, the range on sale through Food International has expanded now and the assortment will include:

And because the packaging of these cheeses emphasizes their British heritage, Food International is presenting the range in their authentic British style.

These Somerdale cheeses are available at some branches of Farro Fresh and selected lines are sold through New World and Pak’N Save.