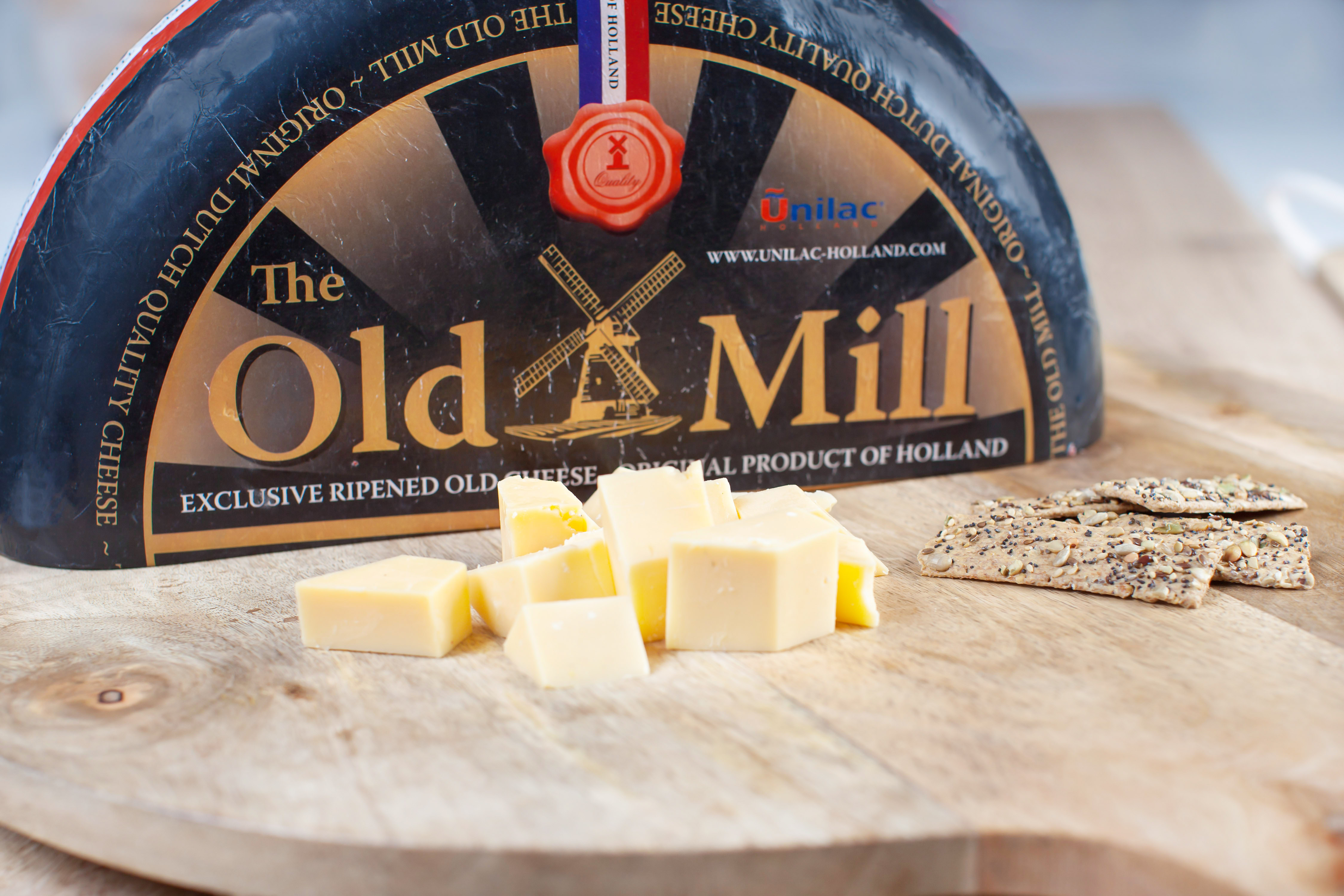 Have you heard that old chestnut that eating cheese before sleeping can lead to dreams – even diabolical nightmares?

To quote that old Simon and Garfunkel favourite, last night I had the strangest dream … It starred the most bizarre cast of characters including people I hadn’t thought of in five decades. And, YES, I had been snacking on a gorgeous crystallized Dutch Gouda, Old Mill, before retiring to bed.

So I thought I’d do some digging (i.e. call on Uncle Google) to see if there was any truth to this theory.

It turns out The British Cheese Board did a study back in 2005 which apparently revealed that different types of British cheese gave different people both good and bad dreams.

Stilton-eaters had very weird and vivid dreams, while Red Leicester fans dreamed about the past and those who preferred the Lancashire style were dreaming away in the future. Here at Food International, we have a large British range now (sold through Farro Fresh with some lines in selected supermarkets) including Stilton and Red Leicester. So you can do your own research.

Keen creative writers keep a book and pen by their bed so they can record their dreams for possible writing projects. You could try that, but Food International CEO, Adel Yousef, claims the cheese we supply leads only to the sweetest of dreams!

The British Cheese Board’s survey was received with some suspicion and many dismissed it as a clever piece of marketing as it was not strictly scientific without a control group. But, scientific evidence that can’t be refuted is that cheese contains casein. Casein fragments are called casomorphins, a casein-derived morphine-like compound. Basically, dairy protein has opiate molecules built in. When consumed these fragments attach to the same brain receptors that heroin and other narcotics attach to.

Not strong enough to have the police pursuing you, but strong enough to keep you coming back for more.  That’s why the most dedicated vegans miss cheese more than the Sunday roast. And possibly why you do get some brilliant dreams after that evening cheesy snack!

Work is already back into a very busy rhythm at Food International with the demand for our products increasing each week.

We hope the New Year has started well for you all as you look forward to a wonderful 2019, with of course, some beautiful cheesy dreams that will enrich your life.